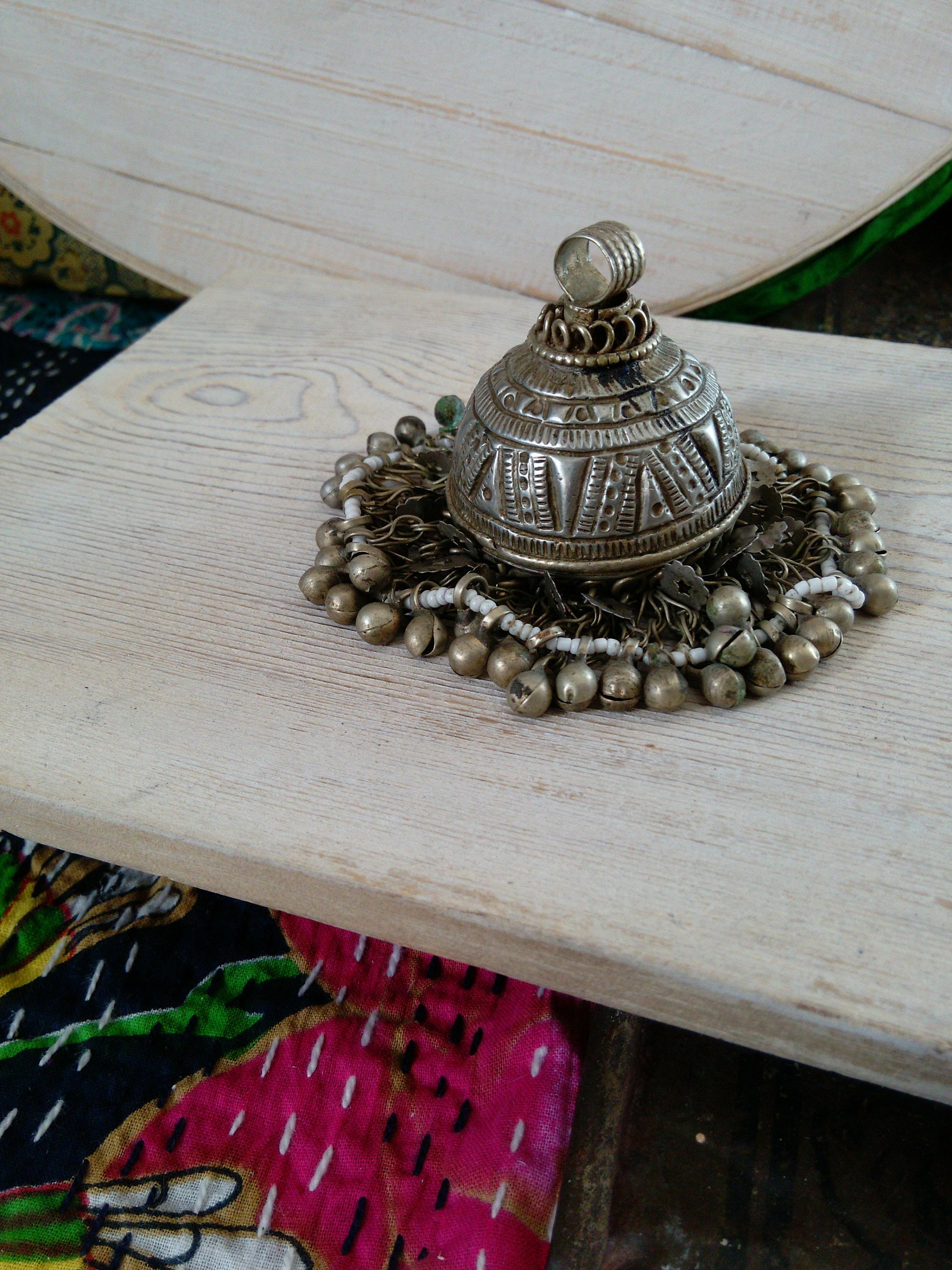 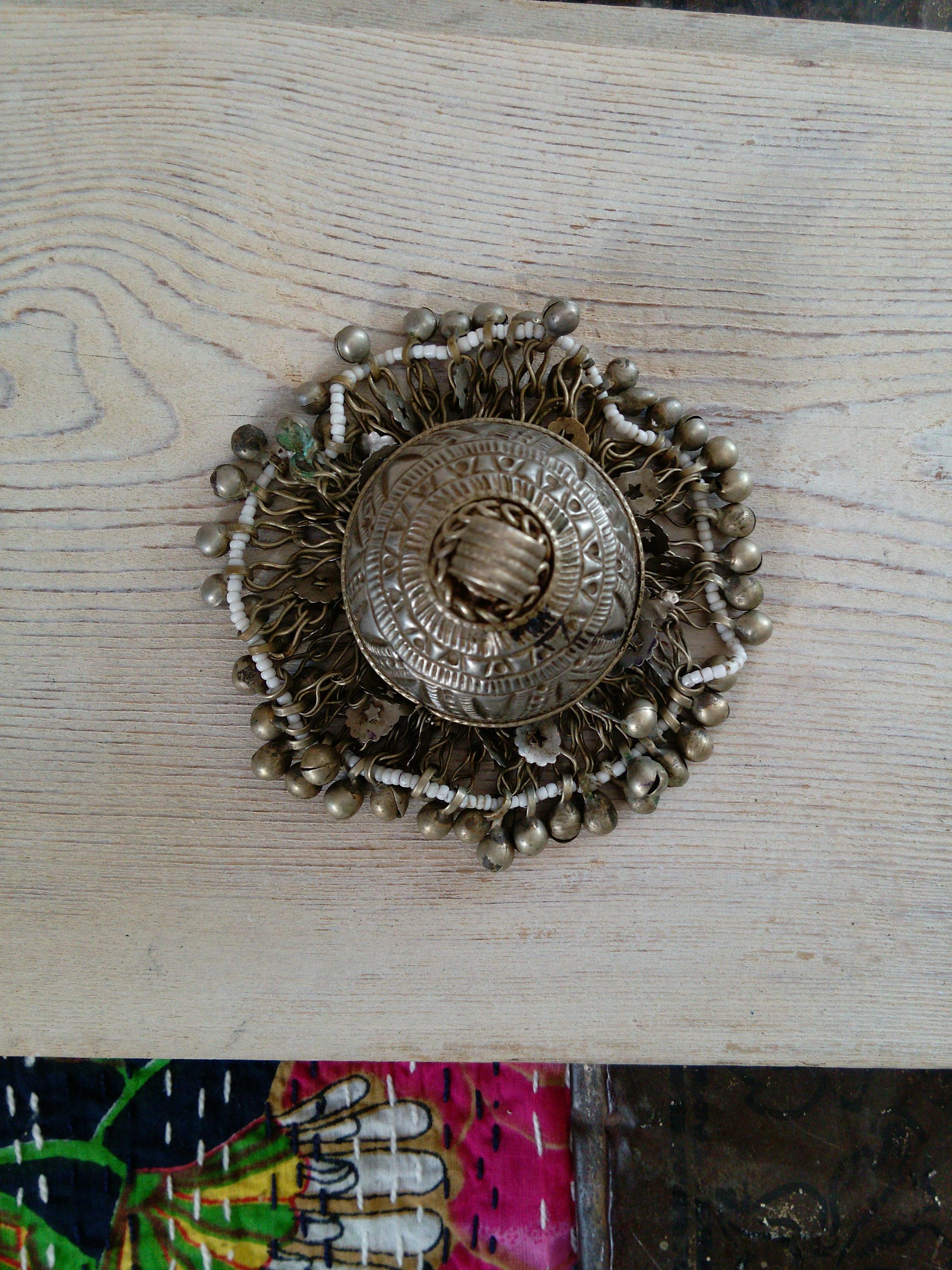 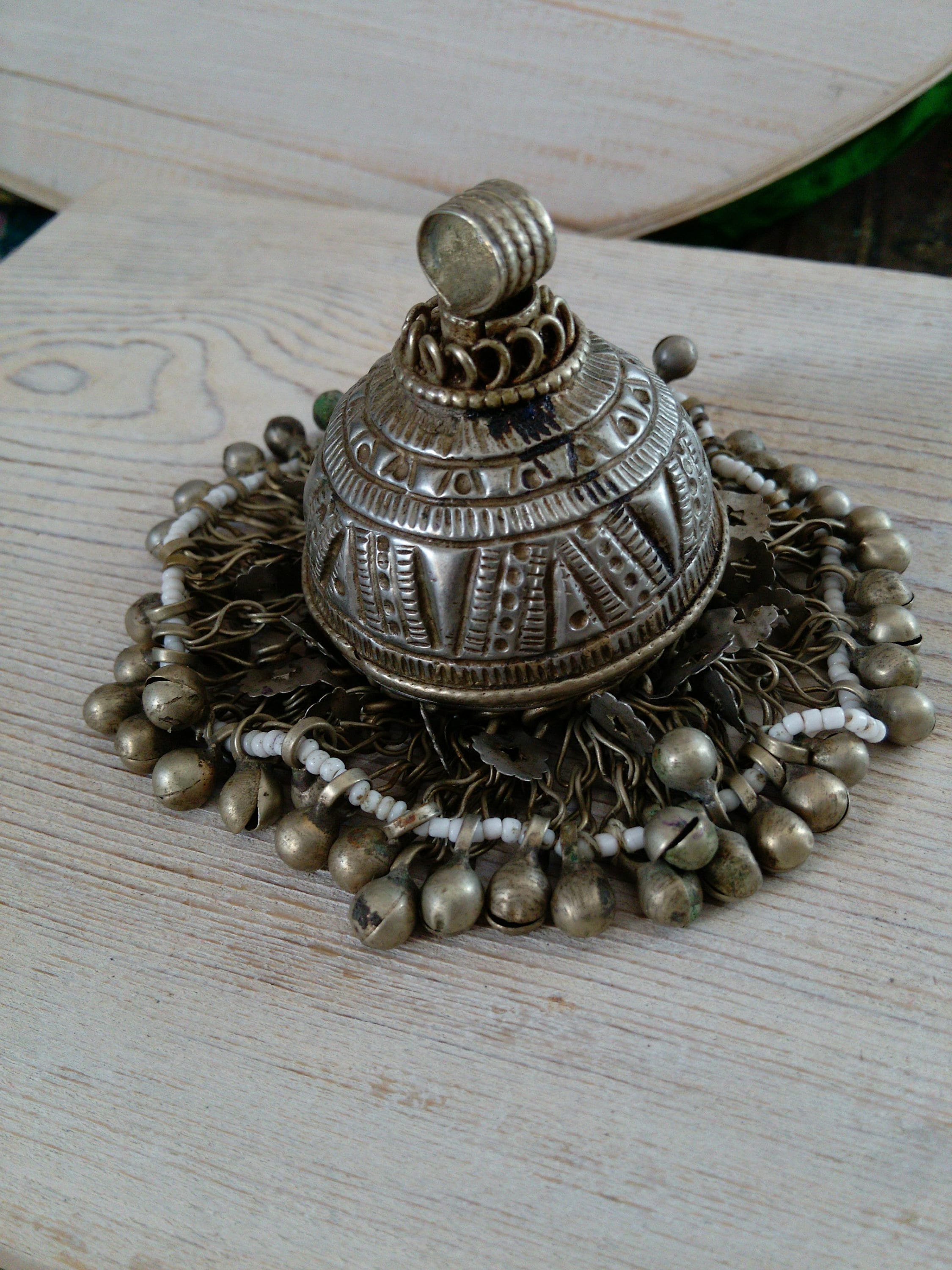 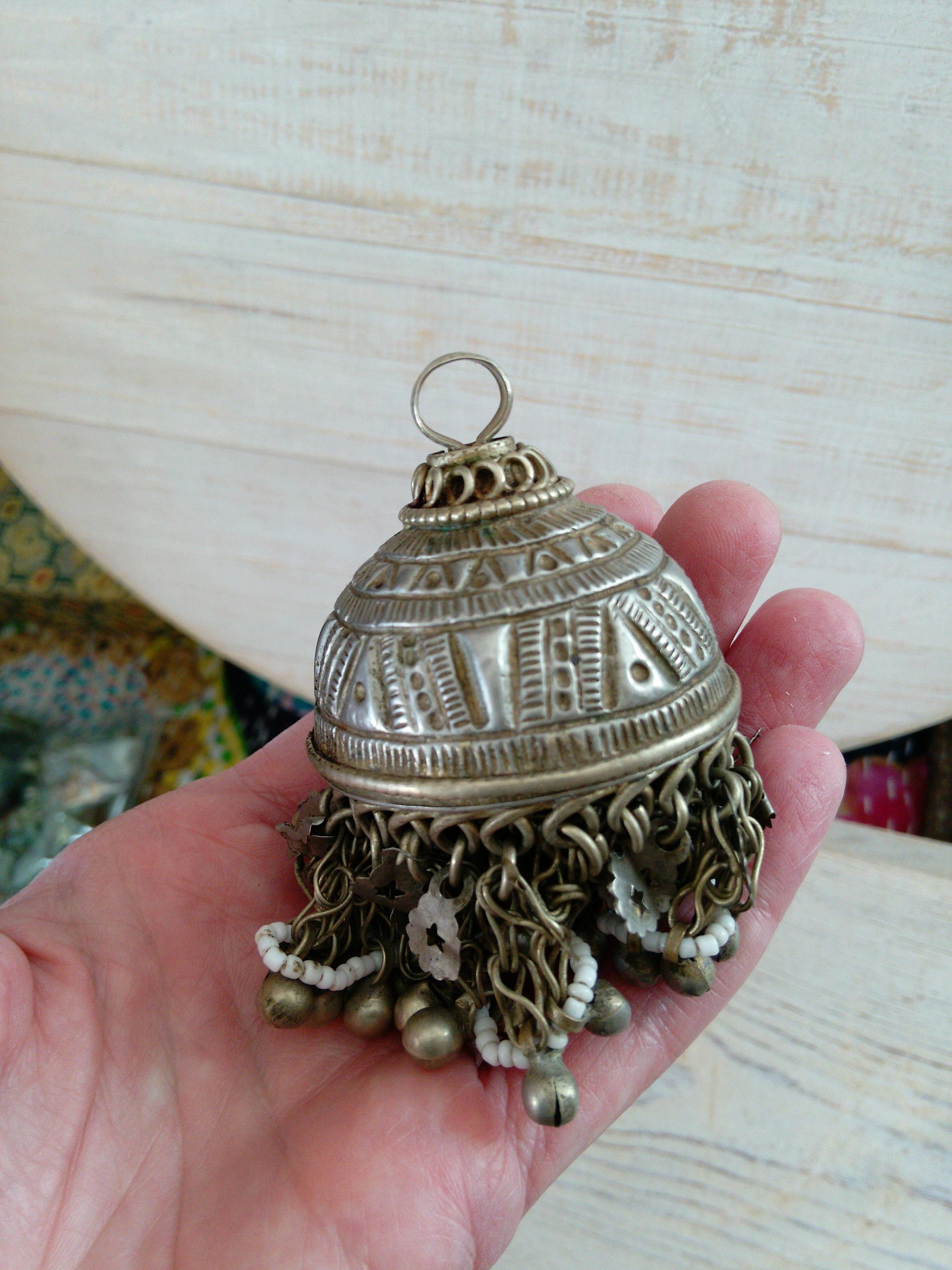 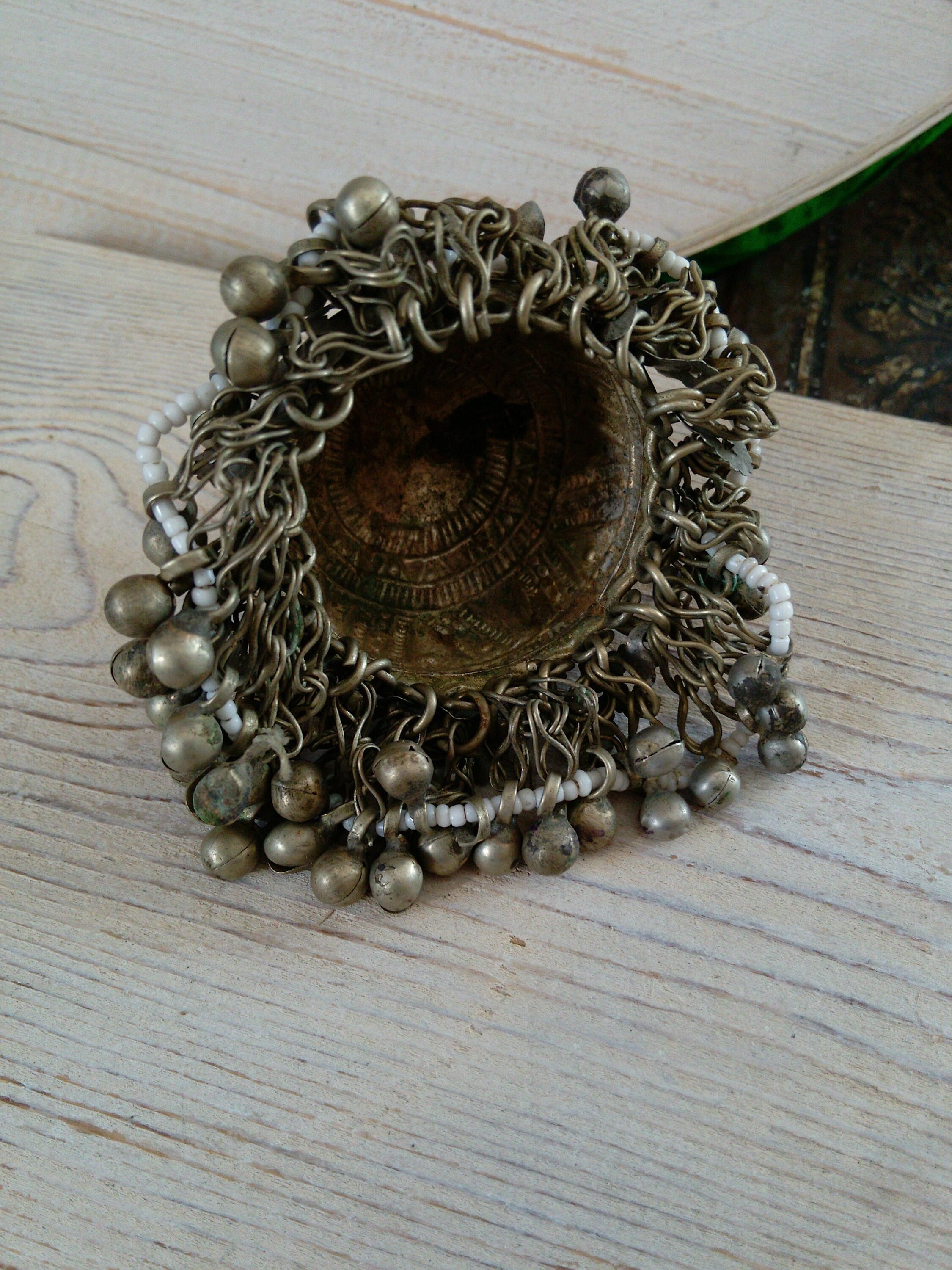 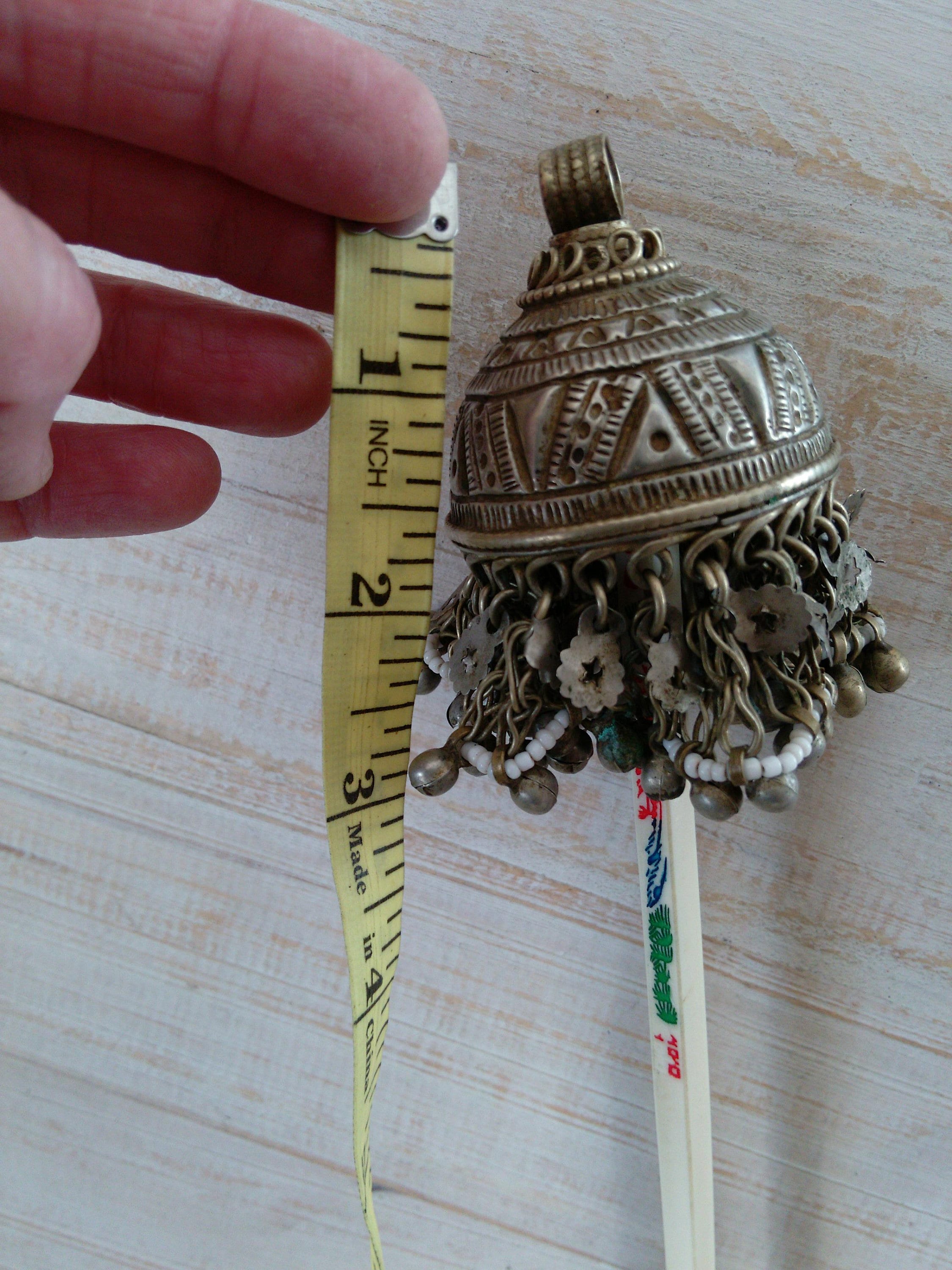 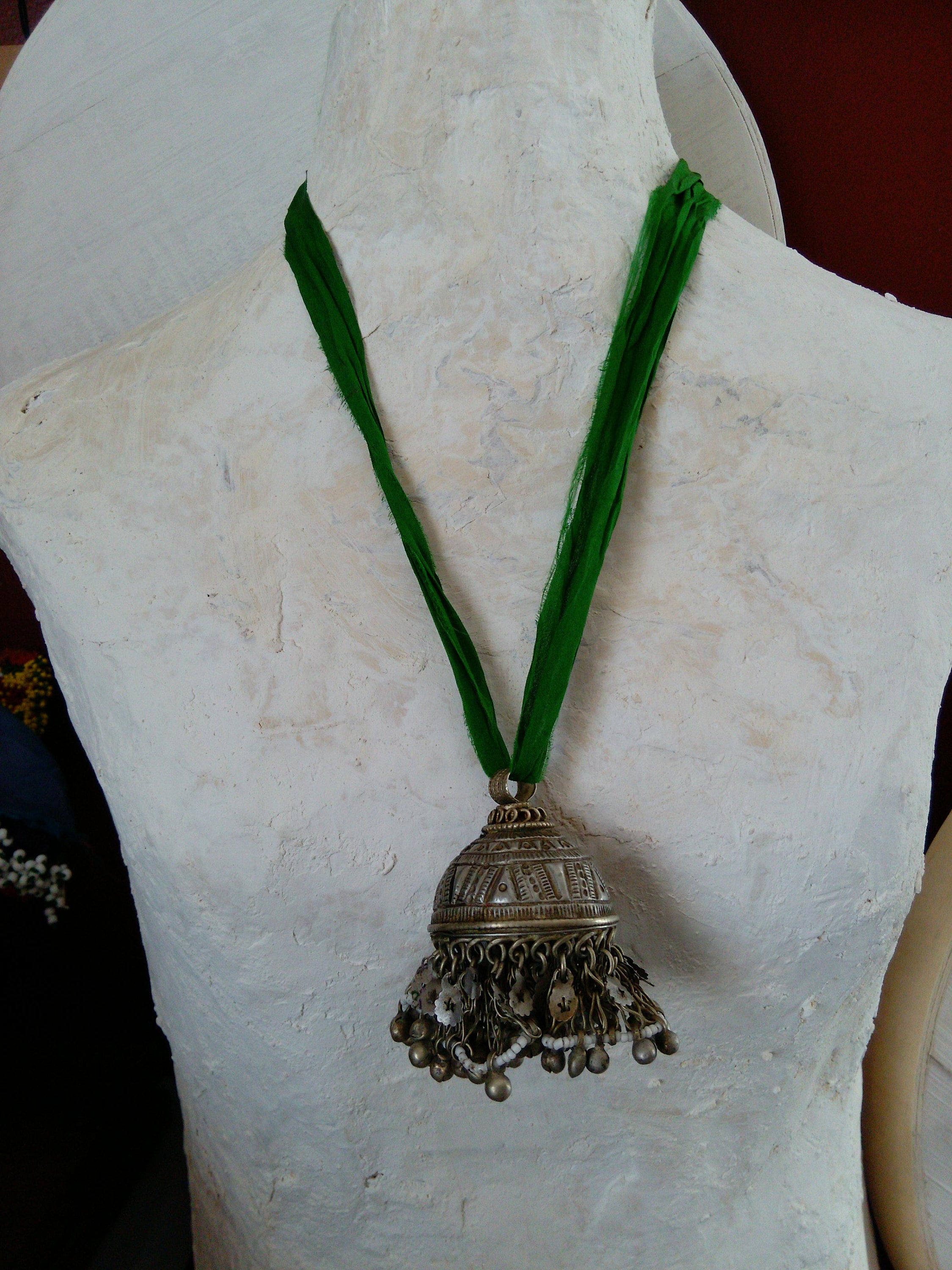 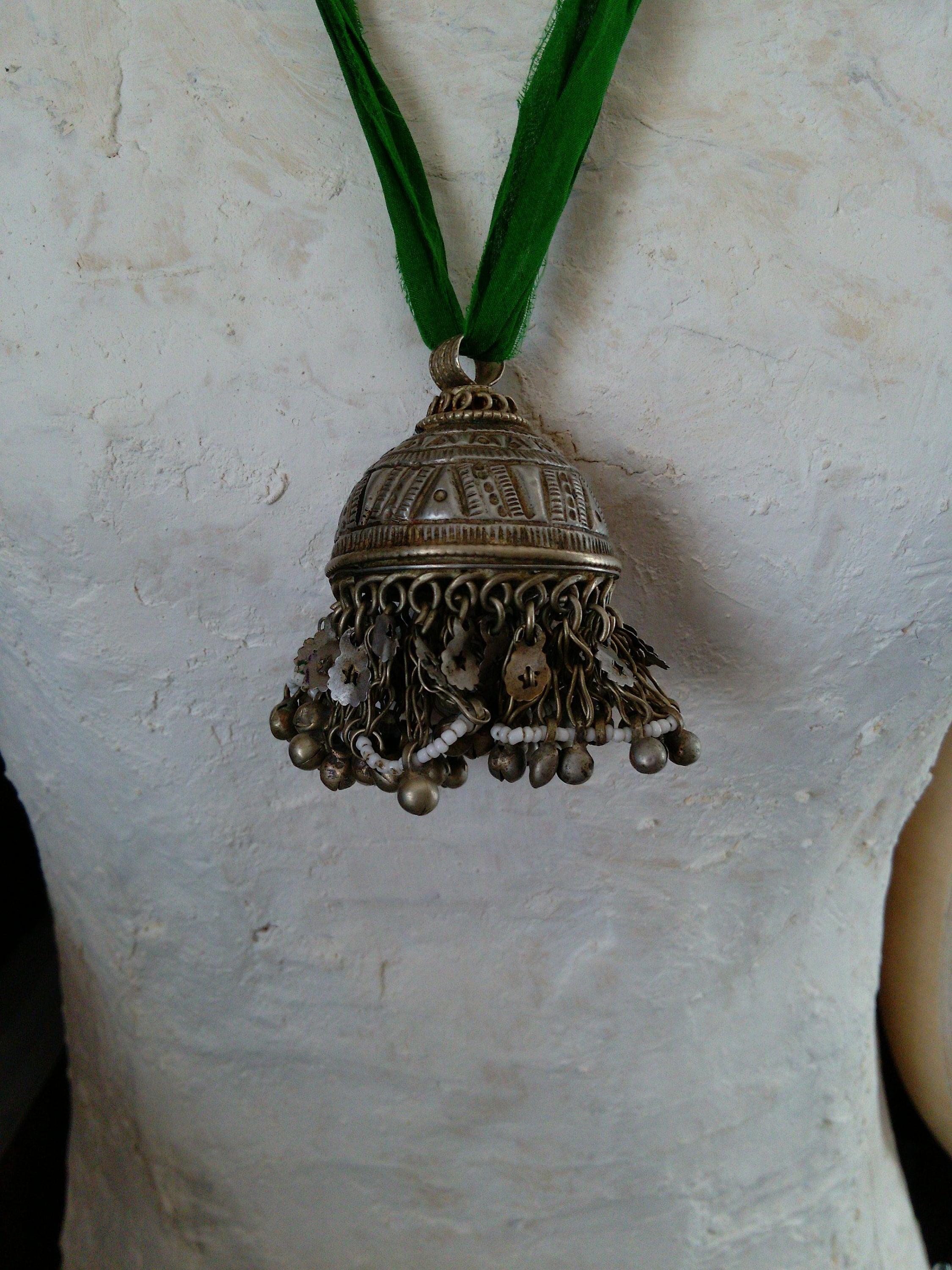 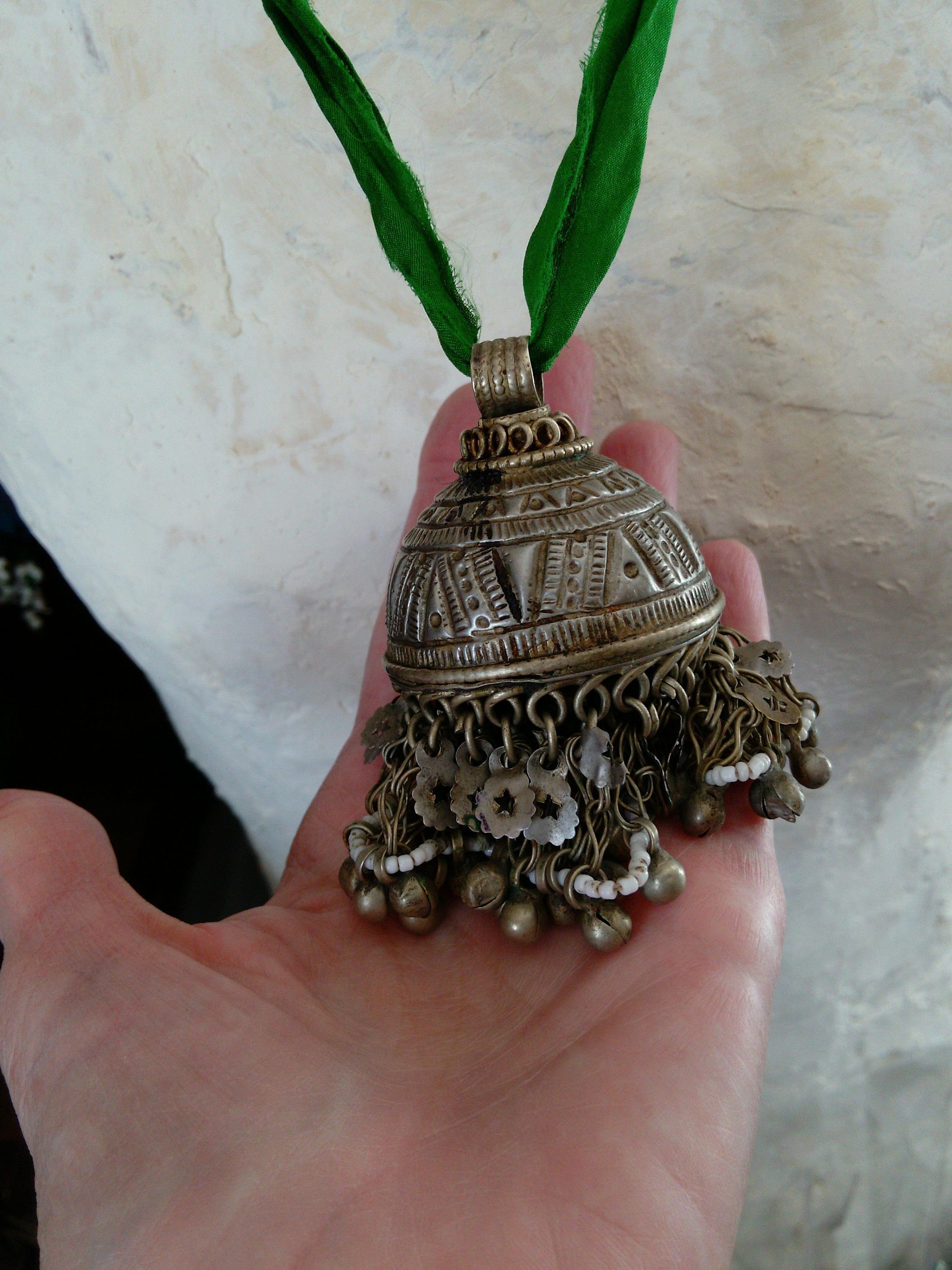 Spend $1 and get 20% off your order
Shipping to : Free
Calculate Shipping

Beautiful, incredibly large tribal pendant. The dome has geometric markings and a series of dangles that appear original and intact. Running through the dangles is a series of white beads. This is often done to keep the dangles from getting lost if they become detached. There is some discoloration on the dome - shown in the photos. You may be able to remove it with a soft brass bristle brush. The pendant measures 3" long with a 6" circumference around the base. The diameter of the base is about 2". All the dangles are intact but two of the flower accents are missing. The pendant makes a quiet jingle with movement. The sound is used as a means to ward off the evil eye. This large piece of adornment would make an amazing pendant for a dramatic necklace, or could be used for any of your other creations that require a statement item.

I gladly accept returns and cancellations

Ship items back to me within: 14 days of delivery

Request a cancellation within: 3 hours of purchase

But please contact me if you have any problems with your order.

The following items can't be returned or exchanged

Because of the nature of these items, unless they arrive damaged or defective, I can't accept returns for:

INTERNATIONAL SHIPPING - I'm shipping internationally again - yay! - but I can't ship everywhere at this time. Each country has different rules, which has resulted in some packages being held for months! Questions? Send me a message and I'll do my best to get back to you promptly - xoxo, Jennifer

I do not offer steeper discounts except during sales or special events.

The “WHOLESALE and BULK” section features wholesale-type pricing that is available to anyone. Shipping is free throughout the United States. I do not offer any other wholesale options.

Return shipping is the responsibility of the customer. You must include tracking on all returns - this protects both you and me from loss or discrepancies.

0 items in your cart